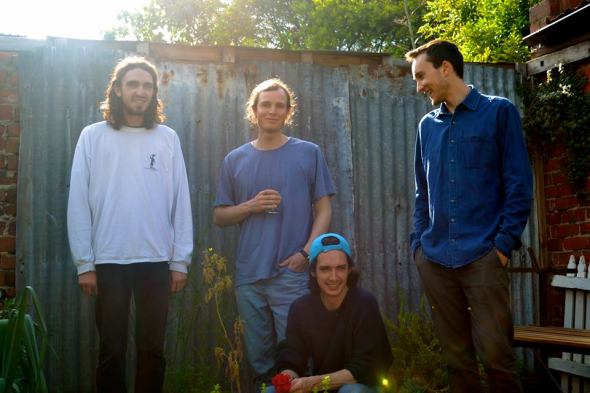 Melbourne band Grandstands are back with their new single ‘Getting Out’. It’s a song ostensibly about breaking up and the realisation that getting out, is in many cases, the best thing. It’s also perhaps moreso detailing this strange fixation we now have on the mundane.

It’s a phenomena that has influenced nearly everything. Things like ‘normcore’; this fascination, at least within some fields of academia at investigating the everyday; and of course the whole idea of suburban guitar pop music. We’ve now reached a point where the only way to look is back in on ourselves, too aghast at the ridiculousness modern life has become. Grandstands manage to capture this feeling incredibly well.

This evening we’re lucky enough to feature the clip for ‘Getting Out’. Shot at Melbourne Zoo, it gets that whole everydayness to a tee. There’s a strange calm to the close up shots of zoo animals doing what zoo animals do.

Alongside the clip is a really wonderful three track single with ‘Getting Out’ as the lead. You can have a listen to that one below too. The guys also have a debut album in the works, due for release in early 2015. Featuring ‘Getting Out’, it’s been mixed and produced by Josh Bach who worked on Milk Teddy‘s wonderful debut and has been mastered by our mate Casey Rice.

If you dig ‘Getting Out’ and you’re down in Melbourne then we’re also pretty chuffed to announce that the band are playing a launch at the Workers Club on November 21. Details for that one here.

This entry was posted on November 2, 2014 by miks.. It was filed under Feature, Video and was tagged with Getting Out, Grandstands, indie, melbourne, suburban pop.