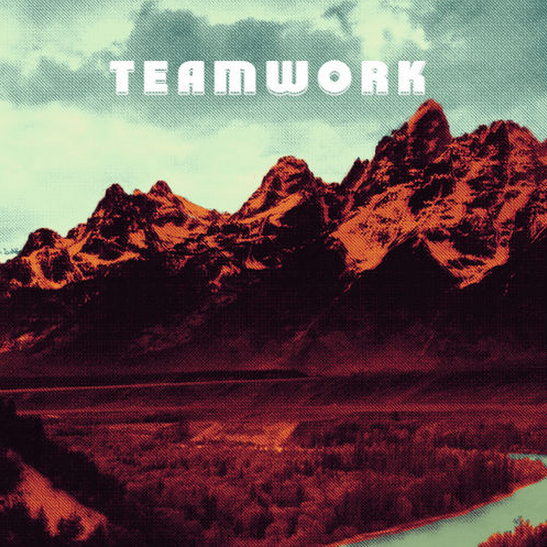 Marc Deaz of Grandstands and Alex Moodie of KIRA have combined to form Teamwork.

They’ve played together before in a little band called Surfing in Hawaii, but this Teamwork tip follows a more ethereal dreamy electronica bent.

As the name would suggest, Teamwork is a project that provides the opportunity for Marc and Alex to work with a whole heap of different Melbourne based musicians. The first taste, ‘Dramatic Sea Cliffs’ features the vocal talents of Alex Servinis from Ern Malley and is an early indication as to what to expect from the duo’s first tape, due out March 23 on Whalesmouth. Limited run of 30 tho, so keep an eye out.

As we slowly edge our way into Autumn and then Winter, these warm hazy sounds feel all the better. As a track, ‘Safe Flight’ is sort of a no-holds-bar approach to songwriting. There doesn’t feel like there’s any filler in here – everything, even the strumming patterns, the sax lines (provided by Mr Snowy Nasdaq), and those little synths at the end (provided by our mate Zac Denton of Ciggie Witch) feels done on purpose, and not just because that’s what happened when they jammed on a riff and thought it sounded good.

Similarly, the clip also takes that step above. We’ve seen clips like this before – that old VHS footage thing has been done forever, but there’s something about the way it’s all interspersed, and layered, and everything else. And although it most likely wasn’t done on purpose, the approach mimics the layers going on in the track itself rather nicely.

The track was mixed by Sam Wilkinson from Sydney guys Day Ravies and it comes from the bands new tape Melbourne Fashion due out next month on new label Whalesmouth which is run by JJ from the rad Bandcamp Hunter.

Really keen to hear more from these guys!