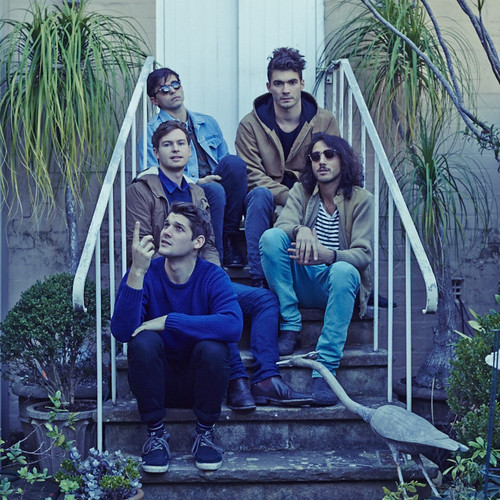 Last night I caught Lime Cordiale play the Standard. Those boys were really good. Tight. Fun as all hell.

The support acts, on the most part, were equally good. Tim Fitz, who’s latest single ‘Hospital’ may or may not be hitting the June mixtape when it’s up, was excellent as per usual. He nails that one man band looping thing live.

Of the other two support acts, it was Louis London who definitely took the cake for me. And hence this post with their latest single, ‘This Night Time’.

The single is the first taste of new stuff after the fellas released their debut EP, the excellently titled On Your Lips We Roared late last year. From what I’ve heard (both last night and streaming some of their stuff this morning), the dudes seem to be shaking off that ‘another tropical pop band from Sydney’ tag with the new single. Which is fair enough, given the insane amount of trop-pop bands that this city seems to hold. They’re also a freakin’ tight as band. Lead man, Ed Saloman has a fair set of pipes too.

You can stream the new single down below.