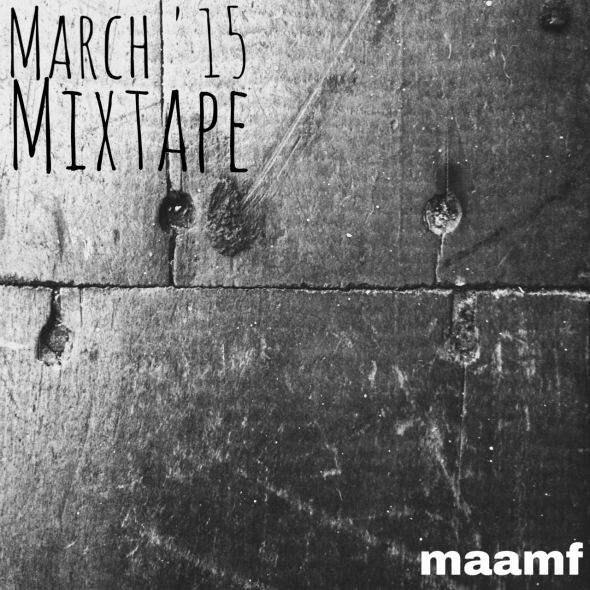 I’ve been all deep inside this mixtape over the past couple of days. It’s been pouring and super windy here in Sydneytown, so I’ve been stuck inside, writing, selecting tracks, mixing etc. It’s longer than some of the earlier ones, with 19 tracks. All pretty solid too, although you’d expect that from a maamf mixtape.

From Oh Mercy to Sarah Mary Chadwick, there are odes to self desire and self defeat. From friendships to Abelard, there’s stark harshness and sugar coated nostalgic glitz. A tape full of contrast, with each playing off the other.

A tape worth it, for the showcase of broad tastes and ideas and sonicness alone. 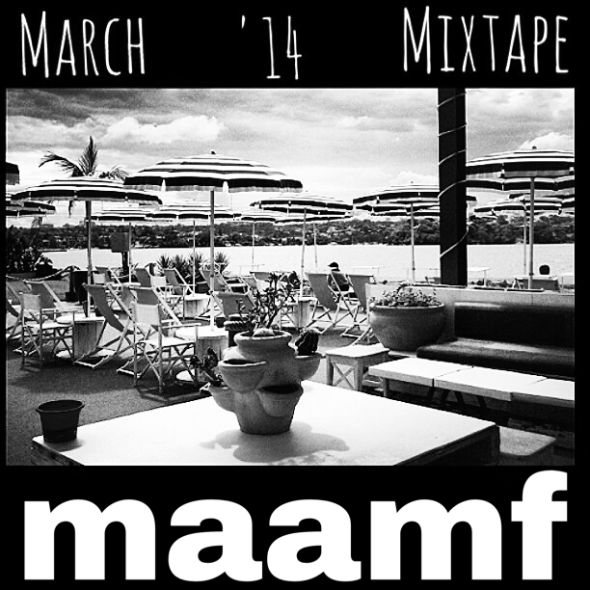 Ohh mate. Here be the March tape for this music blog that you are currently visiting on the really big web of things and information and cats.

Big ol’ mix as per usual. Even including some neo-classical this time round (basically it’s just an excuse to include something from the new Duet Duets record from the master Tim Shiel). There’s also a massive 15 min jam from Darren Sylvester (who also worked with Conrad Standish and James Cecil). There’s also some repeat offenders – namely Blaq Carrie, Snowy Nasdaq, and Deja. But, ynou kow what? It’s all good.

EXCITING BEGINNING TO YOUR WEEK. 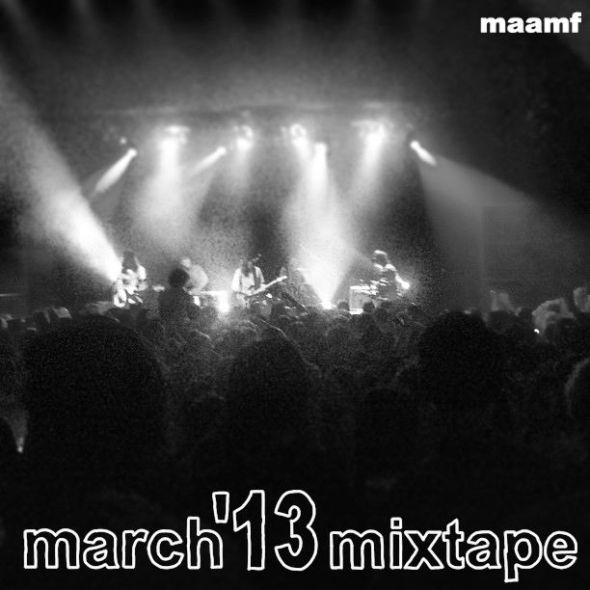 Bit of a lacklustre month from this side in terms of posting, but man, I’m glad I get the opportunity to put all the ace songs for the month that I didn’t write about into this mixtape.

Some real summery vibes in for March – and on the most part up here it’s been pretty summery (win win).

Of course all these tracks are standouts, but if I can make a few mentions – the Camperdown & Out record is really really great. So is the Dick Diver album. And then of course anything from Lindsay Tuc is ace – that dude is your deep house wet dream. The new project from Tim Shiel (Faux Pas), Telling looks heaps promising too. And finally, man, that new Courtney Barnett track is absolutely golden – one of my faves of the year for sure.

Without further ado though, below are my fave for march.

The Model School – Pictures of Summer  (right click/save as)

Bloom – Date Me (right click/save as) 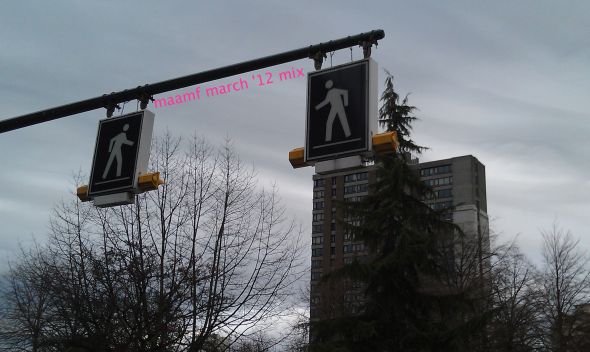