Let me tell you about the epiphany I had when electronic music first opened up for me: it is not robot music, it is human music. What?

Well permit me one outlandish claim:
For all the futuristic designs, talking computers and synthetic sounds: the best electronic artists are the always ones who do what computers can’t – harnessing all the inhuman aesthetic to highlight the humanity behind it.
*canned crowd gasp*

I know it sounds all philosophy-nerd to type it out, but think about it. Right? Daft Punk are the classic example of this working (identity-less robots from the future making visceral, organic disco?) – but today I present to you Sydney’s Jordan F in the very same sentence.

‘Falling like Diamonds‘ (bottom of the post) was totally the correct choice as a single from his new Freefall EP – that could respectably rep some good 80’s retro in a club set anywhere – and plenty of cooler blogs justifiably jumped on the teaser last month. But now we have the whole thing and I’m especially wobbly over ‘The Void‘. Just listen to this thing:

Man. That raw instrumental mix, that throaty analog heartbeat, that shimmery digital cloud, and all the timing just loosened off enough to get me chair-swaying every. single. time.

I guess I would put it somewhere in the void (ah? ah?) between Kavinsky (Fr) and Todd Terje (Nor), but it’s different – and very human indeed (Edit – just saw Acid Stag beat me to the Kavinsky reference, but I do surely agree). Kudos, Mr F. You will find me over on his facebook compulsively refreshing the page until some live dates appear. 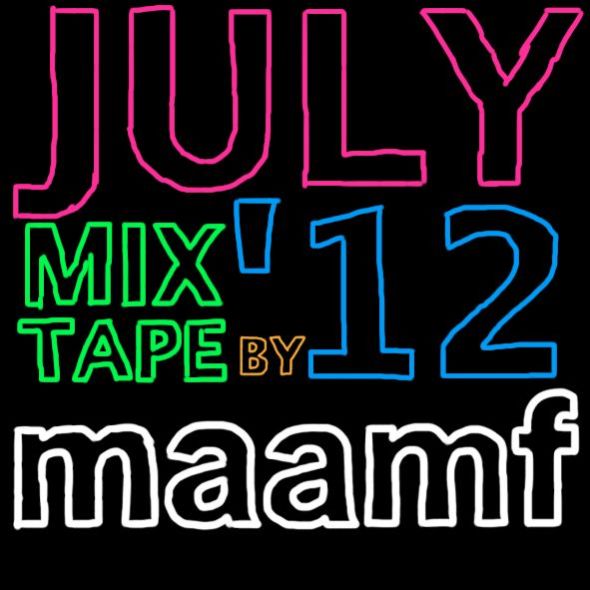 Well well well…who woulda funk it? A Monthly Mixtape delivered on time? Yeah, it’s the 1st of August and here is July’s Mixtape all up in your grill n shit.

Pretty good mix this time round, if I don’t say so myself – bit of everything. Majority local, new Jordan F EP is amazing. Then there’s also some killer stuff from Amali Ward & QWARMS, The Nectars, Pop Singles, and serial maamf feature man, Ry.

Then of course there’s the internationals – man, that Frank Ocean record is something amazing. And there’s also a killer track from New Yorkers, Romans.

But yeah, you can stream/download the mix below…but if bandwidth ain’t your friend, a few of the tracks are available for free download too!

Wildcat General Strike – Is Jonathan Taking You Out Again?

The Nectars – Do You Want Me To Possess You?

Single Twin – confused during the show