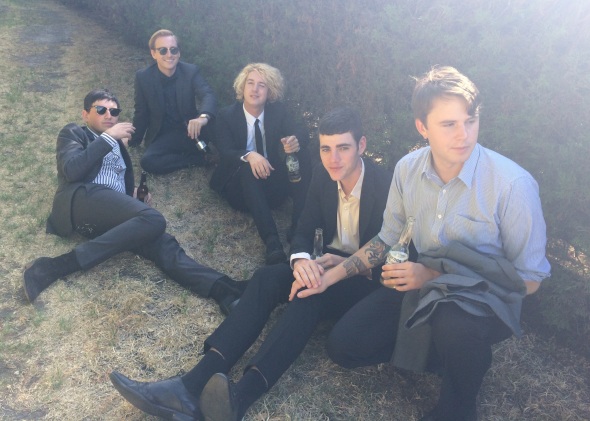 I reckon in a couple of weeks you’ll be hearing ‘Australia’s answer to Real Estate‘. And although some of those comparisons can be pretty lazy, I feel as though this one is accurate, in a way. The Ocean Party aren’t an answer to anything in particular, especially not another band from a bigger country who music writers in Australia always seem to believe we play second fiddle to.

The band’s new album however does feel like a progression in sound. It sounds fucking confident, but not in a cocky way. Confident in the same way that Real Estate sound confident. It’s dreamy, but still really quite messy in parts too. Their last album was a big old fave of mine. I reckon Soft Focus will be too. It’s such a step up from anything else I’ve heard from them.

The new single from the album, due out October 31 through Spunk is ‘Head Down’. It’s dreamy and warm sounding and Lachlan’s vocals are complimented beautifully by Snowy’s guitar line and that lush rhythm section. And it’s a bloody great example of a band with a more pronounced and slightly elevated sound. And the clip? I mean, what’s better that watching five handsome fellas play the track with some marvellous shirts? It’s Snowy, standing solo playing on a Melbourne rooftop ripping that sax. What more could you want?

If you don’t end up loving this album, then mate, think there’s something wrong.

[EDIT 9/10/14] Well, actually, this has been edited a little bit already coz the writing wasn’t too crash hot, but anyway. Spunk have since put the track up on soundcloud as a free download. Stream/download below. 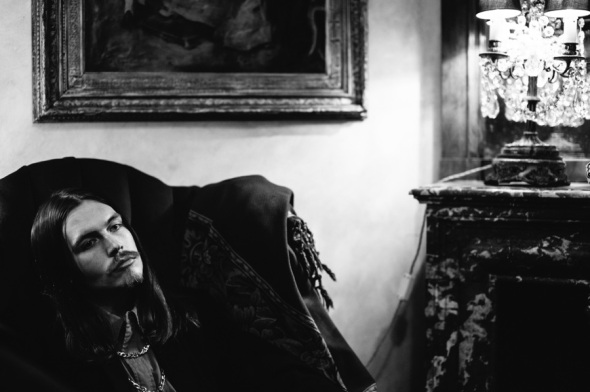 So you may have heard ‘Thanks For Nothing’, the debut track from Sydney fella Paul Conrad. It’s been featured on Indie Shuffle, Prefix Mag and My Old Kentucky amongst others.

I must admit, when I pressed play on this one, I was unsure. Paul’s voice is fragile, and to me, there’s some fragile voices that I think just sound really weak, and not just in their power, but also in what they’re trying to convey. Paul’s voice manages to convey so much though – it’s unique quiver compliments the rather sparse guitar beautifully. And I think the fact that that chorus is pretty sing-a-long like as well as being a little Mr Brightside-esque (thanks Tommy for the tip-off) helps it out a great deal too.

MAAMF is lucky enough to debut the clip for the track. Using filtered footage of kids being kids (including a young lass in a floral head wreath singing those words directly to you), coupled with war time imagery, and signs of poverty, you can tell that Paul has thought this one through. ‘Thanks For Nothing’ is not just a personal exploration of what life may mean to him, but it’s also a statement of sorts with the flipside being a comment on the importance of being thankful for what you’ve got and what you receive.

‘High Hogs’ is the second taste of the new Bushwalking album, due out September 6th. Some lovely angular guitar vibes, and is a little more sunny sounding (if that’s possible) than their earlier taste, the album title track ‘No Enter’.

You can stream the track below and if you dig, and you’re in Sydney or Melbourne, check ’em out as they play a coupla shows in October – details here for Sydney launch and here for Melbourne launch.