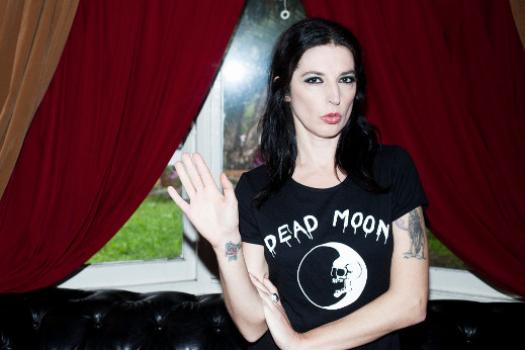 New single from Adalita has surfaced, and to say it’s good is an understatement. As I’ve mentioned before on this here blog, Magic Dirt were a pretty seminal band for me. They were one of my introductions to the Aussie rock scene, especially of the excellent late 90’s early 2000’s.

Adalita‘s debut solo release was also excellent. It was my 2nd favourite of 2011 in fact. A rather sombre affair, that album was predominately a distorted guitar and Adalita‘s strong vocals on top. The first taste of the second album, ‘All Day Venus’ amps it up a bit. It’s not Magic Dirt heavy, but Adalita is making use of the full band sound this time round. That, and the song itself is catchy as all hell, and it really reminds me of just how good Adalita‘s voice is.

We should be hearing news about the album in a couple of weeks…looking forward to this one!

Also, check Adalita out as she plays a few shows up the east side. Details here.

It’s a bit of a jangly joint that you can immerse yourself in and loose all inhibitions. Check ’em out on the road supporting Eagle and the Worm (deets below). And man, that album artwork is fucking great.

The Frowning Clouds – All Night Long