At least for my part it’s NOT busyness, that old gen-y copout. I’m just hating all Aussie music. All of it. Loathing every single morsel of sound from this oversized island continent.

Well, maybe not EVERY morsel. Maybe there are are a FEW tracks queued up for a writeup. Maybe even a few more than a few. Alright, I can disclose that there are a lot. But stop harping on about the damn queue and besides, my busyness is foundational to my identity. You can handle it, you’re nothing if not resilient.

NOW MUSIC.
Circumnavigating completely around that queue metaphor is Feki with this ‘Remember‘.
Just because wow.

In truth I damn near posted his Paces Remix last week anyway – my point being it’s ALL strong.
The guy has got ears. Classy, heavy, feelsy ears.

Everything he touches carries a kind of classic freshness, now including this (previously manic) post.

In this critical time, with classic freshness more precious than ever, I for one am glad to have this chill brisvegnite churning it out by the truckload. 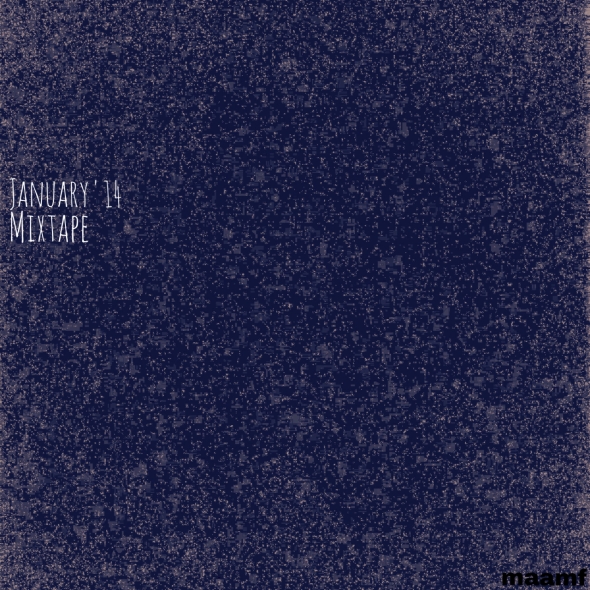 New year, same old excellent monthly mixtapes tho, so, you ain’t gonna get all complainy on me now are ya??

I think what I like the most about this tape, especially it being the January tape released some three weeks into February and all, is what it captures in new starts. None of this music sounds ‘new’, as in different to the music released up until the 31st of December 2014. But it’s the constant in the my ever changing scenery.

I got a notification thingy from wordpress a couple of days ago saying “Happy Anniversary!’ and informed me that I registered my account  some 6 years ago. Maamf as it currently stands hasn’t been kicking around for that long (full, albeit brief history lesson here), but it acted as a nice little reminder for me in what has been important to me over the last 6 years. Writing and exploring my tastes is something I really enjoy doing – it’s something I’ve been doing in a full time capacity for two and a bit years now, albeit about other people’s tastes.

I’ve thought about giving up maamf, or changing it to just a mixtape site maybe, or just taking a back seat on it for a while. Even with Adam coming on board a year ago, and of course taking into consideration his manic life, it has at times felt like the only option.

On the other hand, I’ve also had some rather big plans for maamf – I’ve thought about introducing interviews, a more formal music writing section documenting the different scenes happening across Australia, doing a full redesign with a new (and better logo), finally buying the domain name so we’re not slaves to the wordpress corporation, and even starting a podcast.

What I hope is that all these things will start, at some point. What I know though is that for now, and potentially for the next 12 months or so, this little site will be the same sporadic weird insight into two new music loving nerds. Maamf still exists because I can’t not listen to new Australian music. It is my one constant.

Wank over (nah, actually, you prolly didn’t read the above overly ejaculatory ego fest. you just here for the music right? wouldn’t blame ya, what with this being a fucking good tape and all).