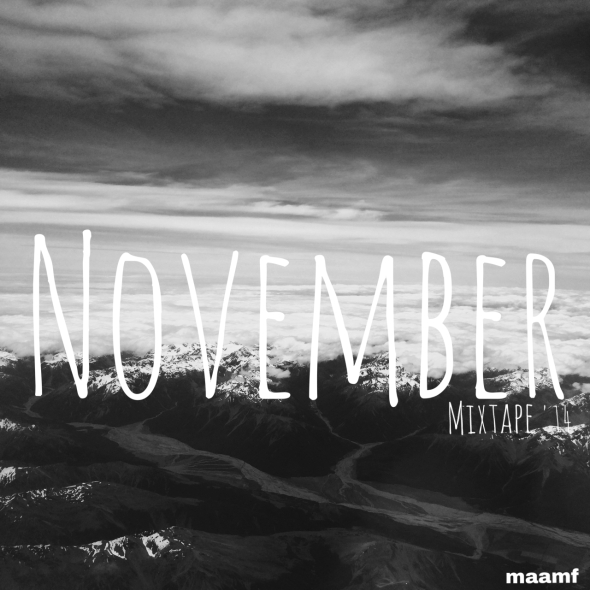 If this year has been testament to anything, it’s been a bloody testament to how bad I manage my blog/phd/life split. More on that when those end of year lists come at ya tho.

November tape. 23 days into December. The last official Mixtape mixtape of the year (sorry Dec but you just too busy girl).

Fair bit more of the electronic stuff in this one here and, of course, we like to play faves. A LOT. So a few repeat offenders too.

THERE YA GO. STAY TUNED FOR END OF YEAR LISTS COMING SOON (AS IN PROBABLY WITHIN THE NEXT 50 OR SO DAYS. HA. NAH MATE, SHOULD BE UP BY THE END OF THE YEAR?!) 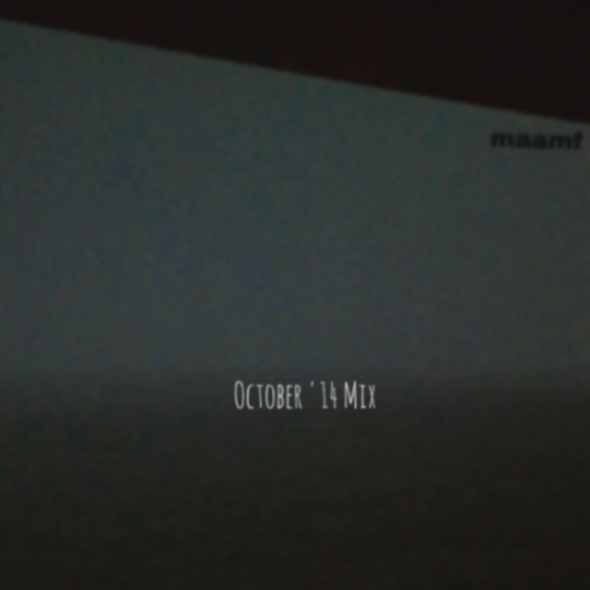 oh mate. I mean gee whiz. Little Miksydicklefizz here is struggling to get these things up in a time appropriate manner. I’m currently facing perhaps the busiest time of my PhD which is basically just full of travel and stuff. And the field work has been absolutely excellent – couldn’t ask for better young people to speak to, but mate, not being in the one city for more than two weeks is getting to me. But hey, what is this? the little excuse club full of lilttle teeny weeny excuses?

Nah mate, it’s not. It is actually a pretty rad Australian music site (72nd best in the country – it’s a self-appointed title we’re all pretty proud of around here). And this here be the October mixtape.

I’ve taken a couple of liberties with this one – it was originally stuck at around 30 tracks and I did consider doing two tapes, coz, you know, two’s better than one etc (i’m single). At the top, I really do need to mention that the excellent Max Quinn has started a little music projoect – his Onomatopenis. His work ain’t up on soundcloud, so just as a little extra, if you download the tape (YOU REALLY SHOULD AND PLAY IT AT ALL OF YOUR PARTIES), then wedged between SCOTDRAKULA‘s ‘Shazon’ and Anatole‘s HTMLflowers remix is ‘Tarmax’ off Max’s first proper release. Also, I’m well aware that both Rolls Bayce‘s ‘Don’t Get Me Wrong’ and Luke Howard‘s ‘Cibi’ have been kicking around for a while, but they hit my radar in October (add another penny to the excuse club jar).

Bloody great tape though, full of everything. CHIEFS is doing some ace things at the moment – heaps of collab work. This track with old mate Owen Rabbit is pretty fantastic – hearing Owen in a different light is pretty great.  Gab Strum’s (Japanese Wallpaper) side project Càbãnå is also killing it – big Phoenix vibes and so is DXHeaven. A while ago I wrote about this new sophisticated pop/r’n’b that’s coming out of Melbourne. Really need to add DXHeaven to that list.

So yeah, there you have it. Part diary of a mad man, part talking about the excellent tracks in this ol’ tape.