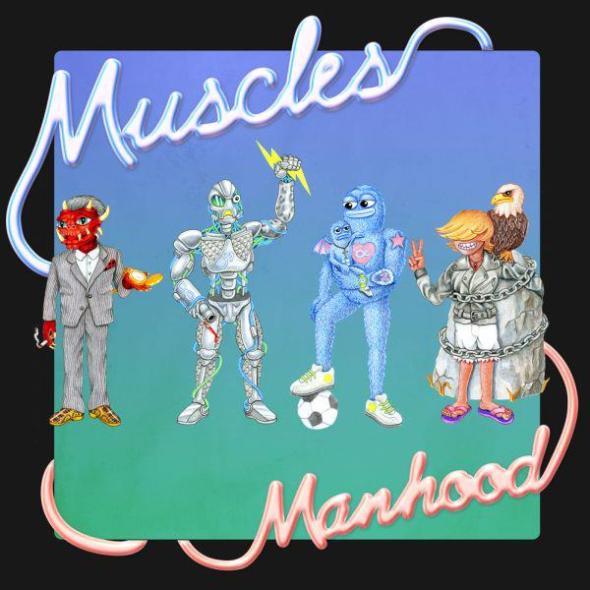 So, the new Muscles album drops tomorrow. I’m kinda keen…but really wonder whether he can top Guns, Babes, Lemonade. We wrote about the new jam, ‘Ready For A Fight’ a little while ago.

Anyway, Melbourne fella Airwolf has gone remixed the latest. Makes it slightly more accesible, and more club friendly. It doesn’t lose any of it’s energy though. Makes something that was originally pretty discordant and uneasy (which, can I say, I really love), into something that makes a bit more sense, ready for the smashed kids at Can’t Say or something. Like it.

Melbourne kid Airwolf has put his electro/funk touch to a few tracks. And yes. Man!

First up, he’s done the two AEONS singles that they’ve got on their latest EP (Have you checked out that EP yet? Hope you have. Jump HERE is you missed it). He’s taken the clothes off Beyond The Satellites, touched it, and laid it down to rest a bit (Translation: He’s stripped it back, made it soar a little more). Really great remix. He’s also had his way with Where The Sky Meets The Sea. This is mean. No stripping here. If anything, he’s added clothes! Well…added layers. picked up the pace a little too. Bam!

AEONS – Beyond The Satellites (Airwolf Remix)

AEONS – Where The Sky Meets The Sea (Airwolf Remix)

Second. He’s sexily discofied DCUP‘s To Be In Love. Great remix and funks shit up!

DCUP – To Be In Love (Airwolf Remix)

June 25, 2010 | Categories: Feature | Tags: aeons, airwolf, beyond the satellites, DCUP, disco, electro, melbourne, to be in love, where the sky meets the sea | Leave a comment