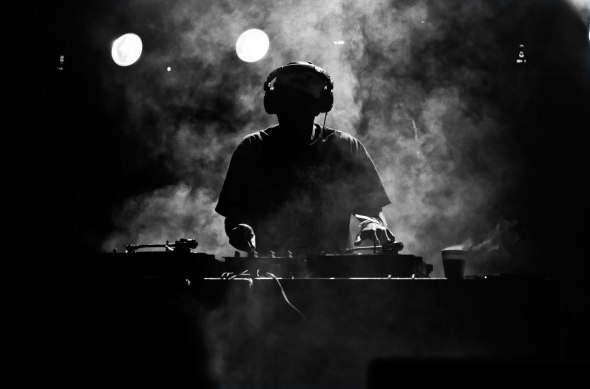 Ok, so that American Beer company Budweiser are actually kinda big here. And they are one of the many alcho companies getting involved in music (but hey, let’s face it, there’s actually a heap already aye). But, as with many of the others, what they contribute to the Australian music community is the most important thing. And this little comp they got running looks pretty tops.

So, this post is essentially a call out and a list. A call out for any solo bedroom producer guys out there, keen on winning a pretty rad prize, to enter your track.

It’s also a list of those that have already entered. An amazingly diverse mix, all awesome, and all deserving.

First up though, what you can win. They’ll fly you to Sydneytown if you finish up in the top four for the AIMAs on November 7 where they’ll announce the winner.  There’s a $5,000 DJ Warehouse voucher also up for grabs. And then, on top of that, you get some studio time which will end up in a vinyl pressing of your own shit!

If you’re keen, then jump along to bit.ly/enterbudnow and enter. Entries close on Sunday (Nov 27th) night though. What’s better is that it’s a people’s choice comp. So, come Monday Nov 28, you and I get to vote for the bestz.

Already, there are a heap of faves up for the prize! A couple of my faves are just below.

ok, so super thanks to the excellent dudes at The Vine for this. They’ve managed to find out some of the VIVID Live linup via some sneaky detective work. Whilst this is everything but set in stone, it’s still fucking a+.

You can check out the article here, but here’s the basic rundown. Big act would definitely have to be Odd Future. And of course there’s some pretty stellar Modular acts too.

For me it’s the fact that The Avalanches are playing. I think i’m definitely going to have to fly up to Syds town for this one. Excitement is a bit of an understatement.

It seems every site under the sun are saying that they got there first. I got my info off The Vine, but it seems as though awesome bros Pedestrian as well as Mess + Noise and a few others have got the ‘exclusive’ too. I think the real winner here is the inner detective in all of us.

A bit over a week ago, Triple J announced the Unearthed winners playing at Laneway Festival. I could have blogged about this then, but I kinda forgot. It works out well though, because the dudes at Laneway released playing times etc today too, so why not one big post for it all??!!

First up, the Melbourne winners for Unearthed were Buchanan. The track they won with is Teachers (down below), but I’ve been following these dudes for a while now. They’re a three piece doing some pretty tight indie pop. Their earlier tracks sound way beyond a few dudes who are unsigned. And Teachers ain’t no exception. Super looking forward to seeing these guys open up laneway. Check out more of their tracks on their Unearthed profile.

For a list of the other bands that took out the right to open up Laneway in their home cities, head here.

But Melbourne. Man. Luckily, I seem to have found a non clash pathway from gates open to close. Except for all the opening bands i wanna catch. And then theirs my mate. Ha! I think he wants to see Ariel Pink…ok, so there might be a few clashes. But yes, below are my pics for the day.

We announced the first four acts on the list about a month ago, and although they looked good, the full lineup looks better. Some great local bands and one that will get all the ’90s and early ’00s kids going nuts.

This year, Festival Sunday spans across nine stages, with a decent range of acts playing. You should recognise a few of the names, but like me, there’s a few there i haven’t heard of. Below is the full lineup with set times etc. As you can see, there is HEAPS on.

BE A CUT COPY EXTRA!

okokok. So this dropped in the inbox a few hours ago, and now that i’m finally home, i thought i should post about it.
Cut Copy are doing a ‘video project’ in Melbourne this week, and want all you kids to be part of it. All you gotta do is email secretccproject@gmail.com with your details (presume that means age, gender, your love of Cutters), your availability, and a recent photo. I’m thinkin only hot ones need apply – you may be getting topless.

ok. So, for the second time in as many years, a new Avalanches album has made the Home & Hosed‘s Album’s of the new year list.

And here’s hoping that they actually do put out a new album this year, some 11 or so years after their debut.

Anyway, enough of the Avalanches anxiety. There are some pretty exciting albums on this list.

The ones I’m looking most forward to are:

And of course, some music, to get you in the mood.

The Little Stevies – Feel It

There’s only a month and a bit until the new Cut Copy albums drops.

This morning the boys let us know the track listing for Zonoscope. Although tracklistings are only just words on a page until you hear the tracks themselves, it’s still exciting. It is Cut Copy after all!

They also dropped a brand new remix of the first official single, Take Me Over. Done by Thee Loving Hands (or Tim Goldsworthy to his mumma), the remix is massive. A full 10:24mins long, it is this big thing full of acapella vox and big fat climaxes. Tim Goldsworthy is of course the man that produced In Ghost Colours, the last Cutters album. YES!!

ok. So for anyone who lives down in Melbourne, you’ll know that the St Kilda Festival is always a bit of fun. Good food, some pretty awesome live music, and best of all, the whole thing is free.

The festival runs between Feb 5 and Feb 13 and is held right throughout St Kilda and Festival Sunday is on Sunday the 13th Feb. Festival Sunday sees about 60 bands playing across a few different stages with the main stage on the beach. Last year I saw Jonathan Boulet play this small little stage, and the year before I witnessed Cut Copy doing a pretty awesome DJ set and Aussie rock legends The Angels doing a set. So yeah, they always manage to attract some fairly decent acts. They also announce the shortlist for the Australian Music Prize – you can check out all of the entrants for that here.

Anyway, so on Friday they announced four of the acts playing on Festival Sunday. They always have some pretty great local acts. So anyway, without further ado, the first four acts announced are:

I’m especially looking forward to Kimbra and Hungry Kids of Hungary (and we got two of their tracks below). They’re going to announce the rest of the lineup in January, so stay tuned.

The full lineup has been announced, and we’ve got it on maamf. You can see it all, including playing times right here.

ok, so news in today is that  the big head man (as in the guys that runs the joint, not the guy with the massif head.) of Modular is going to curate the Vivid Live fest up in Sydney next year.

So, Vivid Live is part of the Vivid Sydney Festival and runs between Friday 27 May – Sunday 5 June next year. Last year Laurie Anderson and Lou Reed curated and the year before they got Brian Eno. So yeah, this is kind of a big fucking deal!

I wouldn’t usually post something like this, but given the awesome list of artists Modular seem to attract, I’m thinking this’ll be a bit of an awesome festival. You can check out more info over here.

The Purple Sneakers DJs are set to release a new ‘We Mix You Dance’ compilation early next year. We have the first sign of it just below. As usual, it’s full of absolute indie goodness. Artists like Jinja Safari, Flight Facilities, Clubfeet, Miike Snow and heaps more appear to be granting the new comp. It should be pretty sweet.

Check out the Minimix just below (it seems to be the day of the minimix!). The comp is set to hit stores on Jan 7, and after the tiniest bit of digging we got the tracklisting just below too.

ok. So, we kinda slept it on this thing at first. Melbourne hipster hangout Rooftop Bar are putting on some pretty sweet gigs right across summer. It is called Happy Mondays, and is all about starting the week with some killer live music. Check out the lineup below and you can grab tix via Moshtix of from both the Fitzroy and City Polyester stores.

ok. so Golden Plains festival down here in Victoria will be in it’s fifth year next year. It always manages to draw an interesting and diverse lineup and next years ain’t no exception.

Something Golden Plains do manage to do is to rake in a few old bands who haven’t played in a while. Last year they got Pavement and Dinosaur Jnr. This year they got NZ band The Clean, who were a killer punk shoegaze kinda band from the late 70s. (To be honest, I actually didn’t know of them before this morning…but listening to their MySpace, i’m rather impressed.)

But yes, the full lineup! I think I might try and get along to this fest. Although there are a few bands I don’t know, there’s enough there that I do know! Totes lookin forward to Best Coast, Architecture In Helsinki, Wavves, The Clean, Mount Kimbie, Jamie Lidell, The Middle East, and World’s End Press.

To finish off with, a few tracks from some of the killer bands on the lineup!

The Middle East – The Darkest Side

So, this got me super super super excited this morning. After pulling out the phone, checking my facebook, I see that Cut Copy‘s labelModular posted up an article from SPIN mag about the new Cutters album. It has the album artwork (yep, that’s it just above), the album name, and a run down of what we can expect.

The album is called Zonoscope. And the artwork, as you can see, is rather incredible. And about the sound of the record, Cutters main man Mr Whitford reckons: “All the way along we had this weird vision of a tropical, jungle, tribal sound. A place or an idea that we wanted to reach with some of the songwriting; to explore a looping hypnotic trance and revise the whole palette of what Cut Copy was about.”

Anyway, for even more deets, check out the article over on SPIN. Also, they got part two of their making of album number three vids on there too. You can check out part one here.

The album is getting a local release on Feb 4, and will be released in the UK and Europe on Feb 7 and the US on Feb 8.

I am so bloody excited about this. And they’re playing at Laneway next year too. Seriously amazingo!