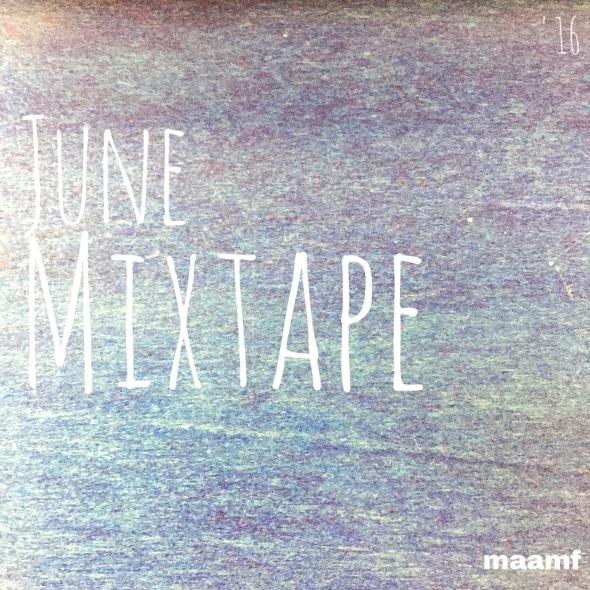 Sometimes I find it difficult to really properly get at what I’m trying to do with this. As new music hits the inbox, the submit page and the submithub profile, it’s easy for this thing to move further away from its initial purpose. That purpose is to write about and support those new artists I come across and love and am excited by.

That’s not to say I haven’t been inspired somewhat. The past two mixtapes have had me digging deep inside in an attempt to find some purpose in what I’m meant to be doing with all the time not spent ‘doctorating’. It has sparked many an idea, or rather a collection of ideas all focussed around one central big project.  I will still write about ol’ mate Steve, but you can head over here for that.

Now that that’s all clear, perhaps we move towards a brief summation as to the contents of this here tape. I think from here on, I’ll write about a selection of those included in the tape. Around 4 or 5. To write about all (in this case) 19 tracks would make for a long read (and let’s be honest, you just come here for the list, not the writing). That’s not to say that all the tracks don’t deserve some level of reflection. Just know that there are plenty of other (and arguably better) spots to find that. maamf mailout is a good place to start. You can press play on the tape below.

I’ve always been a sucker for local references in popular music. Allan Smithy‘s ‘Four Letter Reason’ does that nicely. It’s becoming an all too common tale within Australian music (especially those in Sydney) to rightfully bemoan the state of living. Nicely, and quite masterfully can I add, using the loose structure of the love song as the base, Smithy details the movement and stagnation of both friends and himself.

It’s not until the final vocal line, just 20 seconds before the end, that we get a feeling Aeora has reared her head from the underground. ‘Afloat’ kicks along at a careful and constructed pace, not quite quick enough for the listener to forget the self-conscious and reflective lyrics, but with enough classic dark electronic pop to create a tension in the mind of the listener.

Occasionally I’ll feel flawed. It’s partly due to an inability to adequately articulate myself. The majority of it though is simply testament to the sheer quality of music I find myself listening to. I wrote to Lee Hannah, or Sessility a little while ago in response to their email about ‘Plaza’, a new track taken from an EP that’ll feature collabs with Yeo and Kira Puru. Below is that inability to express when I’m being pommeled with deep deep cuts.

“It’s really something else – those live sounding drums really get me. And those little key lines that sound improvised and off the cuff but fit so beautifully within the structure. Really, Plaza is super super cool.”

Finally, I wanted to briefly run through some thoughts on Good Boy‘s ‘Poverty Line’. It’s easy to cast this off as a vain Eddy Current Suppression Ring-lite project. Originally I had been sceptical. And either Mikey Young himself from Eddy Current is in dire need of work, or he’s cool with it because the man mixed and mastered the thing and from that point I immediately rethought my initial hesitancy. Again, a comment on traversing the difficulties modern being shoves in your face, Good Boy were probably in kinder when Brendan and co were thrusting around Melbourne’s scene. But still, this nails down an attitude and way of being that is forced upon many of those younger than you (maybe) and me (definitely). The more cut throat this place becomes, the more of these mini revolts happen.

So that’d be it. I know I know, every coupla months, I change things up. I have historically stuck to things that are easier, and what I find easy changes. What I find challenging doesn’t though.

See ya for the July tape in a month or so.

This entry was posted on July 15, 2016 by miks.. It was filed under Feature, Mixtape and was tagged with Australian music, Mixtape.