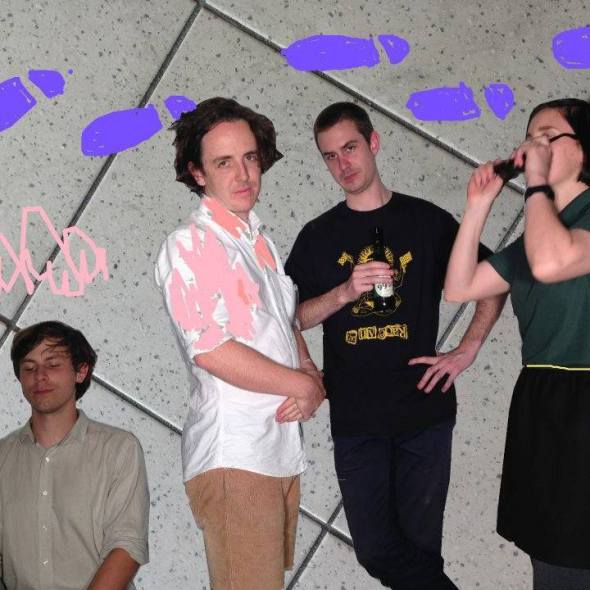 Let’s give it another shot
Let’s try it another way
Let’s put the puzzle
Back together, our way

I’ve come to not know what to expect with Twerps. I thought I knew after their first full length. It was ethereal dreamy guitar based music with the rough edges, the scuffle still there. It sounded polished, but the ideas and the thoughts and process behind those ideas were still on show.

Then, after last year’s Underlay EP gave me the impression that they were going to embrace that more lo-fi aesthetic, they came back with ‘Back To You‘, a track that to my ears re-engaged with that dream like state their self-titled debut had put me in. The flute like synth line was Underlay-esque, but whilst new, still reminded me of some of the more upbeat cuts from the debut, just using different instrumentation. The second cut from the bands new album Range Anxiety (due out Jan 23) was ‘Shoulders’. Again, this one also managed to induce a dream-like state, whilst also putting forward something new in a focus on Julia’s vocals.

Now they’ve let ‘I Don’t Mind’ into the world. ‘I Don’t Mind’ is a track that feels as though it could close out the band’s debut album. It sprawls and is messy in parts, but still with that polish. Dare I say it’s anthemic, especially in that big all engrossing chorus that hits. It feels the most familiar of the three tracks, all of which will appear on the bands second full length Range Anxiety due out on Jan 23. I’ve heard this Twerps before. This is the Twerps I fell in love with.

I think what I’ve realised is that the idea of ‘progression’ in music implies something very particular. It is something that suggests growth and this almost romantic notion of an evolution in sound. It implies leaving behind the old and constantly seeking out the new.

I think with this release though I’m beginning to question just how relevant a term like ‘progression’ is when talking about music output. As music writers we want to be able to tell a story I guess, and the notion of progression lends itself to that old writing trope of the traditional story-arc where it’s all about triumph over adversity and reaching a better place. In having this as the go-to though, the stories we can tell about the musicians we love are pretty lopsided, and dare I say in many cases, not all that honest.

If you’re lucky enough to check out Twerps as they support Belle and Sebastian around the country, or if you’re checking them out at Sugar Mountain or Golden Plains, then have a bloody blast. And if you didn’t realise they were playing these shows and are thinking of trying to head along, then details can be found here.

For those not lucky enough to check ’em out live, then make sure you grab a copy of Range Anxiety when it’s out – you can pre-order on iTunes now or over on the Chapter records store. ‘I Don’t Mind’ got best new music on some big site called ForkPitch or something like that too. Can’t blame ’em – it is a seriously wonderful jam.

This entry was posted on January 12, 2015 by miks.. It was filed under Feature and was tagged with Chapter Music, I don't Mind, melbourne, range anxiety, Twerps.