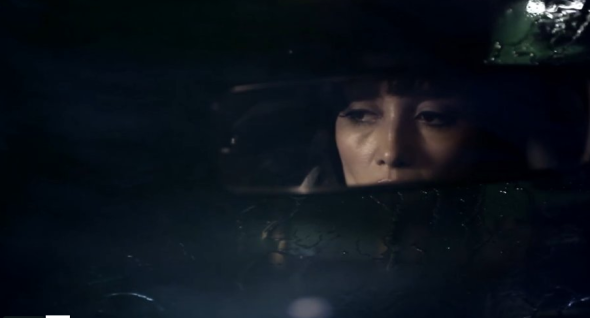 When I read that Geoffrey O’Connor had directed the new clip from Amaya Laucirica, I was a little intrigued. I never knew he directed clips as well as making those super romantic tunes.

But then, when I saw the clip, Geoffrey O’Connor’s name is the only one that came to mind. It’s full of those romanticised rainy images of cities (even if the majority of that ‘rain’ is actually caused by a car wash), and haze filled captures of both Amaya and her band performing to camera. The song itself also shows a different side of Amaya’s songwriting, this time veering less towards a traditional song structure and more so to creating a real soundtrack of mood. With those sliding single guitar notes and Amaya’s soft but commanding vocal, it really works.

‘Running Out Of Time’ is taken from Amaya’s third album Sway, which came out a couple of weeks ago.

Amaya is launching the album with a run of dates throughout May and June. Details here.

This entry was posted on May 3, 2014 by miks.. It was filed under Video and was tagged with Amaya Laucirica, Geoffrey O'Connor, indie, melbourne, Running Out Of Time, Sway.