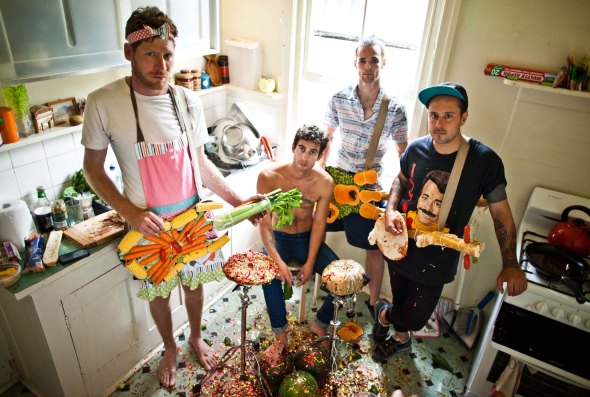 The band have recorded their debut EP due out in April. It was recorded down here in Melbourne with Mark Doman from garage punk legends Ross De Cheyne Hurricanes and mastered by Mikey Young from Eddy Current.

You can check out the clip below and make sure you download the track from their bandcamp.

This entry was posted on January 12, 2013 by miks.. It was filed under Feature, Video and was tagged with film clip, Food Court, garage, indie, Not Enough, Sydney.